Modernizing Public Transport in the Philippines 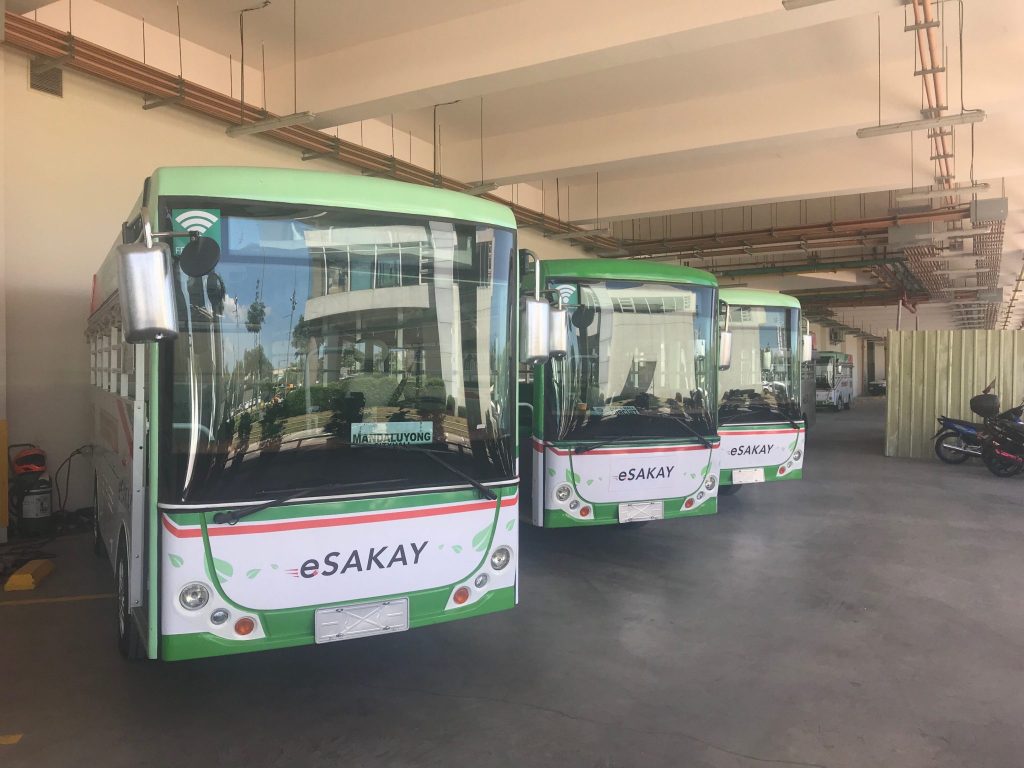 Modernizing Public Transport in the Philippines: The Jeepney+ NAMA

The Public Utility Vehicle Modernization (PUVM) Program of the Philippines aims to transform the road sector of public transport through the introduction of safer and climate-friendly vehicles, improved regulation, and industry consolidation. The program aims to improve the urban quality of life, reduce economic losses due to time lost in travel, reduce health costs and premature deaths, reduce greenhouse gas (GHG) emissions and improve the economic situation of the operators and industry by improving service quality levels. 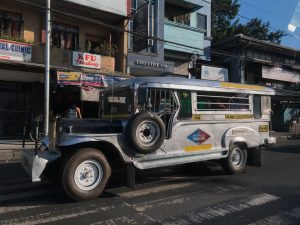 The existing public transport system in the Philippines relies primarily on jeepneys, cultural icons of ingenuity initially repurposed from the army Jeeps left after World War II. Jeepneys are backyard-fabricated vehicles with chassis often as old as 50 to 70 years old and engines more than 15 years old, capable of accommodating 12-32 passengers. They are to Filipinos what double-deckers are to Londoners: a dominant cultural icon and a national symbol of pride.

With a rapidly growing economy, the Philippines has been seeing the sales of hundreds of thousands of cars sold annually – one of the fastest in the ASEAN – without any significant investment in infrastructure for sustainable modes of urban transport or even road space. Between the year 2007 to 2012, car ownership grew by 16% and motorcycle ownership increased by 69%. The 2014 ASEAN Automotive Federation sales report noted the Philippines as the fastest growing automobile and motorcycle market in the region ahead of Vietnam, Singapore, Malaysia and Indonesia.

This trend towards car-dominated cities, combined with an outdated and low-quality public transport system, poses a severe risk to the country’s overall social and economic development. As of 2017, congestion in the capital region of Metro Manila alone has been estimated to cost the country USD 67 million per day due to lost opportunities, additional fuel consumption, and health costs[1]. This is an increase of 46% from the congestion cost estimated in 2014. Annually, this adds up to about USD 24 billion – or over 10% of the Philippine GDP[2].

Accounting for approx. 30% of energy-related GHG emissions, transport is also noted as the largest source of air pollution in the Philippines. In 2015, road transport GHG emissions were estimated at 28.4 MtCO2e, of which the Jeepney sector alone accounts for 15.5%. Emissions from road transport under a business as usual scenario are projected to increase to 87 MtCO2e by 2030, resulting in a rapid enlargement of the carbon footprint and air pollution in urban areas.

Congestion has gotten so bad in Metro Manila that there were talks in Congress of granting ‘emergency powers’ to the Executive Department, to enable them to more quickly address the ‘crisis in the transport sector’. Legislation has yet to be passed to formalize this, but many parallel efforts are being pursued to enable better mobility, including the introduction of new rail lines and the promotion of non-motorized transport modes.

Public transport could be a significant part of a more climate-friendly transport system but it is lacking all preconditions to reach its potential. The highly fragmented public transport system is dependent on outdated, often small-scale road-based vehicles and is dominated by jeepneys (approx. 200,000 in the Philippines, wherein approx. 55.000 in Metro Manila alone). Even with increasing car ownership, the jeepney sector still maintains its high ridership levels. Jeepneys count for approx. 40% of all motorized person trips in the Philippines, or about 40 million person-trips per day, which make them one of the biggest contributors of GHG emissions in the transport sector. The high modal share of jeepneys is due to its relative affordability (the base fare for a jeepneys ride is USD 0.15), and as well to the lack of any better alternatives. Other public transport vehicles include buses (approx. 5000 in Metro Manila, 20.000 in the Philippines), taxis, Asian Utility Vehicles (express point-to-point service), and motorized or pedal-powered tricycles.

The lack of a comprehensive policy framework, inefficient institutions and planning procedures, lack of enforcement and of financial incentives for the operators has led to:

The lack of attractive public transport stimulates the use of cars and motorcycles, exacerbating the already extreme congestion experienced in the larger cities in the Philippines, which in turn leads to economic and environmental costs. If the quality of the public transport system is not be improved significantly, its recent share in the modal split will further decline, as GDP and car ownership grow. This would result in an increase of GHG emissions by the transport sector.

The Goal: Decarbonising Road-Based Public Transport in the Philippines 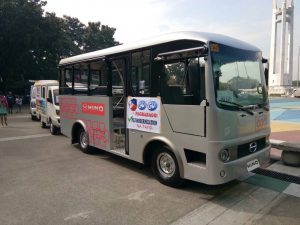 On the path towards decarbonizing public transport, there are two recognized starting points:

Some rather advanced emerging economies have already undertaken serious efforts to formalize (parts of) their public transport and can start moving on towards electrification.

The Jeepney+ NAMA of the Philippine Government will create an important showcase for the transformation of public transport for this group of countries. Mostly developing countries need to undertake huge efforts first to formalize and professionalize their public transport industry moving gradually to larger capacity buses and consolidate operations before the industry is (financially) capable to introduce hybrid or electric buses at scale.

Therefore, the main goal of the NAMA is to establish a formalized, high quality public transport system inducing ongoing fleet renewal, a transition towards higher capacity vehicles, higher operational efficiency and better service levels. This will reduce the emission footprint of public transport, mitigate rapid motorization and limit the shift of trips to the carbon intensive use of cars. It furthermore lays the groundwork for the future electrification of the public transport fleet, which is needed to achieve full decarbonisation.

Strong political will is essential to transform an entire public transport market. This is also true for the market in the Philippines, which in Metro Manila alone is paying the living of approx. 450,000 people. Without the foreseen comprehensive market re-organization, public transport will never transform into a modern, reliable and environmentally friendly system that will sustain existing ridership levels. Considering the local context, and with the goal of contributing to the Philippines’ Nationally Determined Contributions (NDC), one of the top priorities of the government is the Public Utility Vehicle (PUV) Modernization Program.

To achieve the objectives, mentioned above, the Jeepney+ NAMA introduces the following key structural changes:

The Department of Transportation of the Philippines identified ten major components of the PUV Modernization Program, of which the GIZ TRANSfer project on behalf of the BMU technically supported seven. The TRANSfer project is run by GIZ and funded by the International Climate Initiative of the German Ministry for the Environment, Nature Conservation and Nuclear Safety (BMU). Its objective is to support developing countries to develop and implement climate change mitigation strategies in the transport sector as „Nationally Appropriate Mitigation Actions“ (NAMAs).

To enable the Government to efficiently manage and regulate the industry and to allow operational efficiency of the fleet, consolidation is a key strategic intervention. Therefore, consolidation will take place on three levels:

Part of the regulatory reform is to implement route-based franchising. The move from franchising of individual vehicles to a route-based franchising model (potentially ‘one-route-one-franchise’), with the anticipated corporatisation or collectivisation of operations to serve such a system, presents significant opportunities with regard to monitoring and to regulation. Under fragmented operations, service levels on a particular route are the result of a multitude of individual decisions made by operators. Under the ‘one-route-one-franchise’ system, the single operating entity on the route has the potential to manage service levels on the corridor (i.e., headway/vehicle frequency) in a way that individual operators could not. The process of franchise consolidation and tendering of new franchises presents the opportunity to include new conditions within the terms of the franchise, which extend beyond the previous minimalistic requirements.

It will be critical to implement all components of the PUV modernisation program by acknowledging the distinct knowledge and accomplishments of the existing operators within an insufficient regulatory framework in the past. Therefore, the Government engages with the sector through a series of consultations and workshops. It furthermore establishes a national social support program to operators, which includes trainings and other capacity development measures.

Once implemented, the Jeepney+ NAMA will have replaced 200.000 old jeepneys with new higher-capacity vehicles and will reduce the annual vehicle kilometres travelled (by jeepneys) by 28%. This will lead to 39% of GHG emission reduction generated by road-based public transport and a 6% reduction on overall road transport GHG emissions annually. In Metro Manila alone the NSP will result in total on-road diesel savings between 528 to 754 million litres (within a 10 year timeframe) equivalent to 310 to 443 million USD. It is estimated that the NAMA will reduce air pollutant emissions such as Particulate Matter (up to 90%), or NOx (up to 63%) significantly. The monetized health value of the reduced air pollutants in Metro Manila is estimated to be between 83 to 119 million USD per year.

As mentioned already, the majority of countries worldwide suffers from poorly managed, fragmented, mini-bus based public transport, in very similar conditions as in the Philippines. The PUV Modernisation Program of the Philippine Government can create an important showcase for formalising (semi-)informal public transport systems towards a low-carbon pathway. 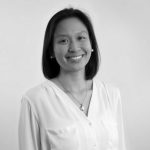