The Jeepney+ NAMA: Transforming Public Transport in the Philippines

There is no topic in the Philippine urban daily life, that looms as large as traffic congestion. Anyone who has been to Metro Manila has likely witnessed the long commuting times and seemingly endless queues for both passengers and vehicles. Many factors have played into this: rapid GDP growth, a urban large population, years of prioritising private cars over mass transit. With all the implications of traffic congestion on safety, health, and security, the government has clearly stated the need to modernise the public transport industry, starting with the jeepneys.

This documents describes the full concept of the Jeepney+ NAMA in the Philippines. It provides an overview of the Philippine public transport sector, summarises the barriers to introducing low carbon and modern transport, the envisaged reform measures for a modern and consolidated system, as well as the monitoring, reporting and verification (MRV) approach and financial mechanism. 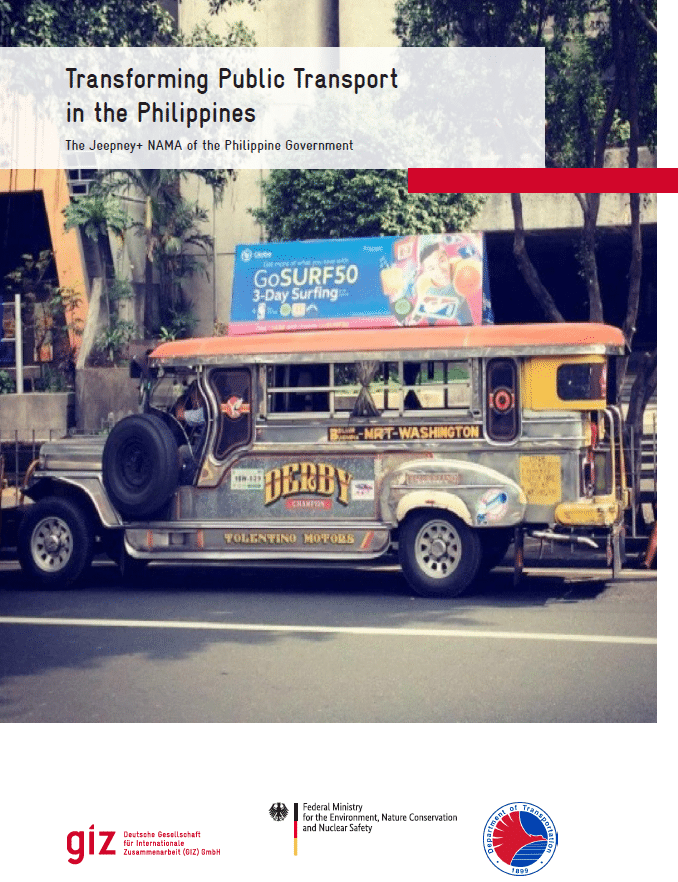