BLOG: Walking through the crisis: Sustainable mobility responses to COVID-19 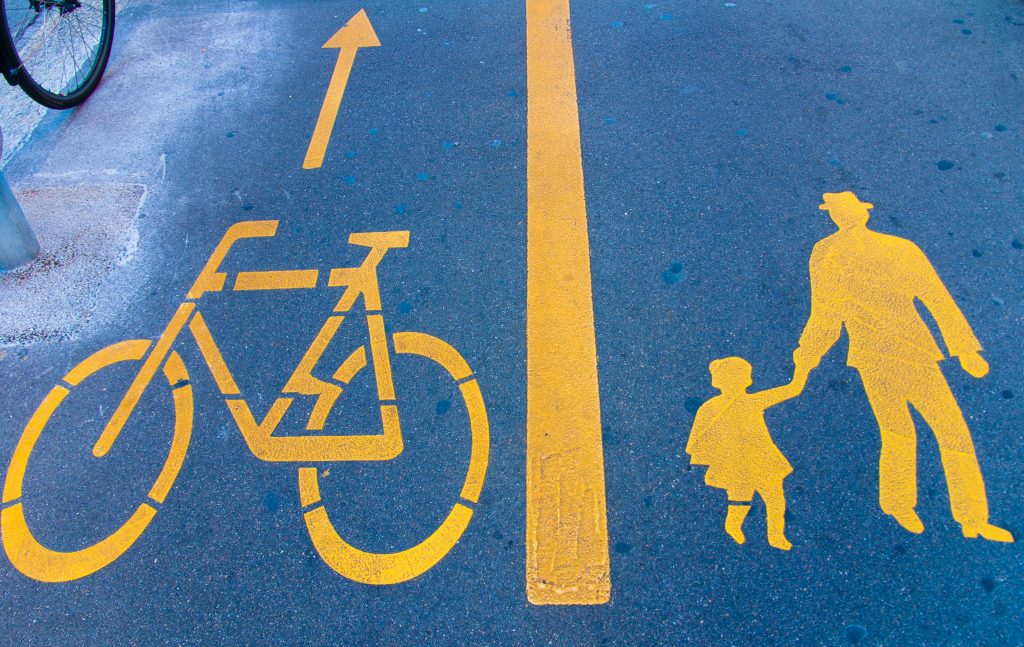 The recognition of COVID-19 as a global pandemic in March 2020 marked a milestone in the world and in the history of the 21st century.

This definition had an impact on all countries, which, to a greater or lesser extent, had to take measures such as quarantines, the establishment of the category of essential services, measures to reduce free transit and travel, and the securing of supply chains, among others. In this regard, the new virus has directly impacted the functioning of cities in all senses, including how we move through them, and how we will do so when it will be time to return to full operation. So, what about transport in this new context?

Impact on public transport, moving away from the crowd

The arrival of COVID-19 brought with it the need of implementing new individual and social habits that would help contain the contagion.

Specialists from different areas have agreed that many of these changes are here to stay – at least in the medium term – and that therefore, it is necessary to think about the different public services from the perspective of the new needs that the “new normality” will require.

Thus, in a context where physical distance between people, avoiding crowded spaces, and direct contact are fundamental, it becomes more essential than ever to think about how to encourage mobility that does not promote the use of private cars.

The impact of new mobility policies post-COVID are vitally important in Latin America, being the most urbanized region in the world with 80% of its population living in cities – according to figures provided by UN-Habitat – and with highly dense urban centres.

However, these figures have been strongly impacted by total and partial quarantines that have been decreed by different countries. According to data provided by the Ministry of Transport and Telecommunications of Chile (MTT), last May 18, the occupancy rates of public transport in the city of Santiago were between 10 and 15% of the occupancy on the same date last year. In Bogotá, in Transmilenio – the public bus transport system of the Integrated Transport System of Bogotá (SITP) – occupancy rates are reaching only 20.8% of the available capacity according to data provided by the Colombian Ministry of Transport.

“We have the simplest technologies that are zero carbon, which are walking and biking”

Nowadays some gradual lifting policies of containment measures have already begun in some cities of the world. These experiences have allowed lessons learned to be transferred between countries as time goes by and plans for the gradual reintegration of cities begin. The World Health Organization (WHO) has encouraged people to walk, go cycling or use other forms of micromobility for exercise and for essential travel.

In this regard, many cities  – especially in Europe –  have been implementing measures to encourage the active mobility through the use of bicycles and walking, especially considering the need to reduce the occupancy of public transport.

There are several examples of these measures, such as Paris and the transformation of 50 kilometres of streets into bicycle paths; Brussels, which added nearly 40 kilometres to its network of bicycle paths, which – according to the local authorities – will remain after the crisis; Berlin is another example, where “pop-up” bicycle paths were put in place in some districts (See more info from TUMI TV about this topic here)

In addition to the extension of bicycle paths, the improvement of walkability has been added through implementing measures to widen sidewalks, regulate car speed or ban the circulation or detention of cars in some areas of the cities, as designed by Milan and London.

As proposed by the Mobility Institute (mib), the pandemic opens the opportunity to implement measures and test solutions that can become permanent for transport systems. In this regard, mib also highlights this kind of action to implement a fast response during the crisis, which also allows an easy process of correction and adaptation according to the local needs and learning in the short term.

With the high dependence and high occupancy rates that public transport has in Latin American cities, authorities have put special emphasis on measures associated with it. Consequently, there is a transversal policy of constant sanitation and cleanliness in both buses and metro lines; new indications for taxi and bus transport, and measures to delimit the necessary physical distance in all mass transport. As Ricardo Hurtubia, expert in transport and researcher from the Centre for Sustainable Urban Development of Chile (CEDEUS for its acronym in Spanish), suggests: The future of public transport looks complicated, but that does not mean it should be abandoned, quite the opposite. Having cities with a more public transport-based mobility is essential to face the climate crisis, which will be much more serious and complex than the pandemic. The current crisis presents an opportunity to think about new mechanisms to finance urban public transport.

The sharp decrease in demand makes it urgent, but that same urgency can help us think beyond the classic paradigms. For example, the city of Bogotá has defined that the maximum occupancy of buses should not exceed 35% of their capacity; in Buenos Aires, the city has complemented the operation of the metro network with buses that run the same route on the surface in order to limit the metro use and at the same time keep the main urban arteries connected. Along with this, the city of Buenos Aires has limited the capacity of buses and metro to seated passengers, according to the new distribution of spaces; Santiago has implemented demarcations inside buses and to indicate the distribution of passengers in the context of distancing, etc.

Without a clear date for the return to complete functionality of cities in Latin America, there are already local initiatives being executed in the region to limit passenger numbers in public transport without increasing the use of the car.

About this kind of measures, Hurtubia raises: “If some of the people who make short trips get on the bike -for example half of the car trips in Santiago are less than 5 km- it will help to decongest streets and reduce overcrowding on buses and metro, especially on the stretches where they are most intensely used, which would allow those who need to use public transport to experience trips in better conditions. On the other hand, not everything in life is work or study: there are many short trips for other purposes that can perfectly well be done by bicycle and other “cycles” (scooters, tricycles, skateboards, etc.).” 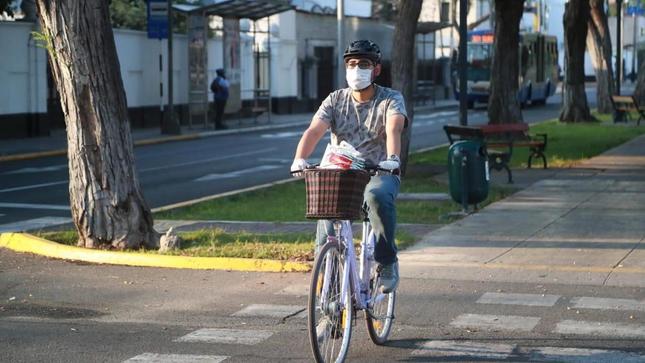 (c) Ministry of Transport and Communications of Peru

For example, the Peruvian Urban Transport Authority for Lima and Callao (ATU for its acronym in Spanish) has planned the implementation of a strategy to promote the use of bicycles. A key element is the expansion of  expanding the bikepaths to interconnect the districts in Lima and Callao in the main cities of the country– a measure that only in its capital, Lima, projects aiming to an increase of at least 300 new kilometres of bicycle lanes. This strategy will also be accompanied by an economic plan to promote the local production of bicycles and the extension of subsidies so that citizens can buy subsidised bicycles,.

With this policy, the Ministry of Transport and Communications (MTC) the authority is looking to  facilitate the adoption of this means of transport and also contributing to the national economic reactivation.

Along with this, the national authority has carried out training and resource transfer processes, so that the different local authorities can implement this policy in all the cities of the country.

GIZ transport experts in Peru from the Sustainable Urban Transport Projects are working together with Promovilidad – MTCs National  Program – that offers assistance to municipalities of inner cities for the implementation of integrated transport systems – in the development of guide books to help the implementation of the bicycle paths and the monitoring of some of these pilots, to measure its results and impact.

In Bogotá, nearly 80 km of new lines were opened during the period of quarantine, many of which have been announced as permanent in view of the limited public transport capacity and the need for transport that will surge again with the gradual return of people to their work.

This kind of actions can be not only a response to the current crisis, but the opportunity to rethink the local and national transport systems to shift the mobility paradigm towards a sustainable and zero-carbon emission planification.

Photo by Robert Ruggiero on Unsplash 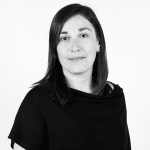